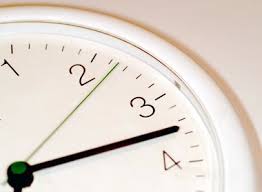 I think most of us already have Facebook’s new Ticker even though it was just announced just yesterday by Mark Zuckerburg at the F8 Keynote.

Ticker is that box on the right hand side of your screen that is whizzing through all of your friends activity in real time ( a bit like Twitter ) It shows you a brief summary of the update and if you want to see more you can click on it.  I believe this will be used more when all of the changes have taken place.

I don’t like Facebook’s news ticker, how do I remove it?

However, many users are asking how to get rid of, or remove ticker because a) Its annoying or b) its is slowing their internet down. There are a few spam messages going around where people are asking you to copy and paste it too your friends, but it doesn’t actually work, I’m told.

Edit: see below for solution!

The upshot of that seems to be that Facebook doesn’t allow you remover the News Ticker – you can only make it smaller by moving the horizontal bar between ticker chat.  Slide up the bar to hide ticker which then makes your chat list taller.

Here it is open .. notice the updates appear from the top to the bottom of the screen, always moving and updating.

And here Facebook’s Ticker is closed, you can only see two updates, which just appear to flicker now and then – Chat is off.

See, its a not so bad, its a nice place……. (I know what you are going to say next!) Ah shuddapa your face-book 🙂

If you have found a way to remove it, please let us know.

@Patti_OShea Author on Twitter said she used Ad Blocker Elements to hide the Ticker in Firefox and Facebook Purity to hide it in Chrome. – but that its actually still there but she can only see a white block now, not all of the messages flying by.

Disable FB Sidebar Ticker – Ticker Disable – actually asked for access to all of my websites so I wasn’t too keen on installing that one.

Where as this one  just asked for access to Facebook – I installed this – as easy as pie – and the Ticker was gone.

So this must mean that other browsers might have or that if you hate the news ticker you should use the Chrome browser – I’m not sure why you wouldn’t be using that or Firefox anyway.

Edit: Here is a Facebook Ticker removal for Firefox or Mozilla – https://addons.mozilla.org/en-US/firefox/addon/facebook-ticker-removal/

We work directly with clients who have small to medium businesses and people who a trying to build their personal brand using social media – these clients who do not wish to hire a full-time employee, but prefer the flexibility of a professional Social Media freelancer.

Just owning a Facebook Page and a Twitter account isn’t a real social media presence, you need to make a mark to build your digital presence. And there are hundreds of platforms to choose from, on these networks are potential customers which you could be missing out on.

Copy writing is one of the most effective online marketing elements as website can have. Creating more views to your website and what we all really want – more sales. Mix this with Social Media and you have a winner.

You can find out more about which cookies we are using or switch them off in settings.

This website uses cookies so that we can provide you with the best user experience possible. Cookie information is stored in your browser and performs functions such as recognising you when you return to our website and helping our team to understand which sections of the website you find most interesting and useful.

Strictly Necessary Cookie should be enabled at all times so that we can save your preferences for cookie settings.

If you disable this cookie, we will not be able to save your preferences. This means that every time you visit this website you will need to enable or disable cookies again.